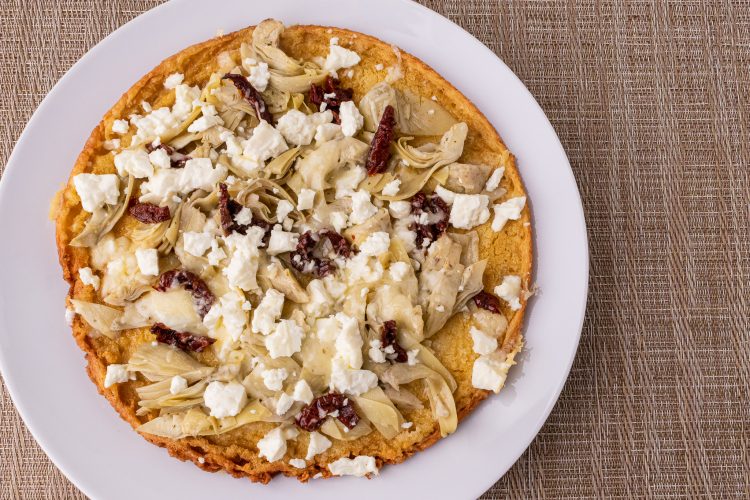 Recently, I was buying chickpea flour and decided I needed at least 8 pounds. Why? Because it is so versatile, delicious, and savory, yes. But perhaps more importantly, it means I get to eat chickpea flatbread pizzas as often as I want. Which is…quite often.

This chickpea flatbread pizza is deliciously savory and packs in extra protein and fiber. It’s also easy to whip up and fun to personalize!

Now that you are a pro with chickpea flatbread pizza, what about trying a chickpea Dutch baby? It may look similar, but the Dutch baby batter has the added richness of milk (of your choice) and eggs. Sounds worth a try, right?

Hello, I’m Chelsea (aka Legume Lady), a PhD student researching legumes. I love to cook - and eat! - and want to share some of my favorite recipes here, with a pinch of the science behind legumes. Read More »